How to export a PDF in PowerPoint

In less than two minutes, learn how to take a .ppt or .pptx file and export a PDF from a PowerPoint 2016 for Windows and macOS (part of the Microsoft Office 365 suite) using two different methods. This can be useful for restricting editing on a presentation or sharing a PowerPoint file with someone who does not have PowerPoint 2016 or the PowerPoint app for Android or iOS. The PowerPoint 2016 PDF export tutorial can be a huge time-saver for PowerPoint users, including teachers, lecturers, entrepreneurs, startup founders, community leaders, government officials, managers, and others. This short PowerPoint video is narrated by the founder of In 30 Minutes guides, which includes PowerPoint Basics In 30 Minutes. 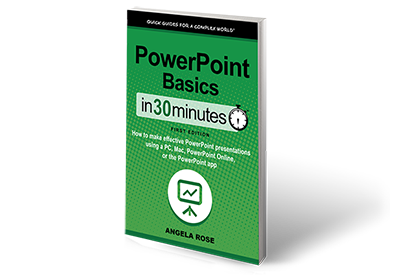